As artificial intelligence grows more and more advanced, a very big question arises: Could machines ever become conscious? Is it possible to build a brain capable of executing the same functions as that of a human brain? At every moment that we are conscious, the brain receives many signals, which it puts together into one unified experience, which is called awareness. This happens because the billions of neurons in our brains form intricate loops that allow a signal coming into the brain to travel through various parts of it. Some theories suggest that the more interconnected a brain is, the more consciousness it has. So, could we potentially build a machine with interconnected neurons that could be as conscious, or even more conscious than, a human? Personally, I never thought that was possible, which is why I was very happy to find a TED talk, conducted by neuroscientist Anil Seth, where he claimed that our conscious experience stems as much from the fact that we are living, breathing organisms as from our perception of the physical world, which is all just a hallucination anyway. 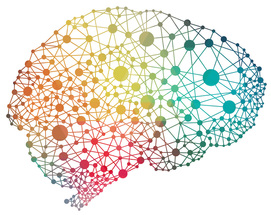 Think about the brain for a second. The brain is locked up in our skull and the only information about the outside world that is receives is through electrical impulses traveling through neurons. Our eyes do not actually “see” anything, nor do our ears actually “hear” anything. The model of the world is actually created by the brain’s best prediction about the causes of these neural signals. How can we tell if this informed guesswork is even correct? These expectations stem from prior knowledge about how the world should behave, created over millions of years of evolution and imprinted into our brains so much so that we cannot see the world any differently. This means that our lives are based off of a series of controlled hallucinations, which we all agree on calling reality: “We don’t passively perceive the world, we actively generate it.” But this kind of guesswork also occurs in the consciousness of our inner self: the control and regulation of our inner organs, The brain does not see the organs, but its ability to make a prediction about their states is a subset of the same consciousness that makes guesses about the outside world. And just like our brain’s ability to regulate organs stems from the basic human need of survival, our hallucinations of the world come from our need to live in the most comfortable way we possibly can within it.

This got me thinking about other types of hallucinations: the types generated by mind-altering drugs that make our life in this world a little less than complacent, since we are not used to it. When someone takes such a drug, the sensory input from the outside world stays the same, but something in the way that the brain processes this information changes. But what is it that changes? Earlier in the year, I read a collection of interviews between Timothy Leary, the leading force behind the popularization of LSD in 1960s America, and some of the other important players during the era, such as Ram Dass and Ralph Meltzer. They all seemed to describe the psychedelic experience as an expanded state of consciousness with a heightened perception of the world. It was described as an out-of-body experience in regards to the freedom from, but also a large awareness of the hypocrisies of, the rules created by society and its institutions. Leary stated that it was a realization of the “mechanical puppetry of everything” and the realization that the normal conceptual models that humans carry are “reducing valves imposed by finite consciousness upon an infinite,” which turns reality into a manageable ordeal. The reality presented by drugs went beyond self-awareness; it was a widened scope of the world.

But, if the impulses are all the same, how is all this even possible? Apparently, our brains not only evolved to have controlled hallucinations, but it also evolved to filter out “unnecessary” information to take out in order to make our lives even more easier. Psychedelic drugs reroute the brain so that more impulses can go through. This makes me wonder whether hallucination is really about not seeing things that are there as opposed to seeing that are not there. How does the real world really look like? And is it so scary and horrible that some people, after an acid trip, are never really the same again?

The TED Talk: Your Brain Hallucinates your conscious reality

28 thoughts on “Is Reality a Hallucination?”